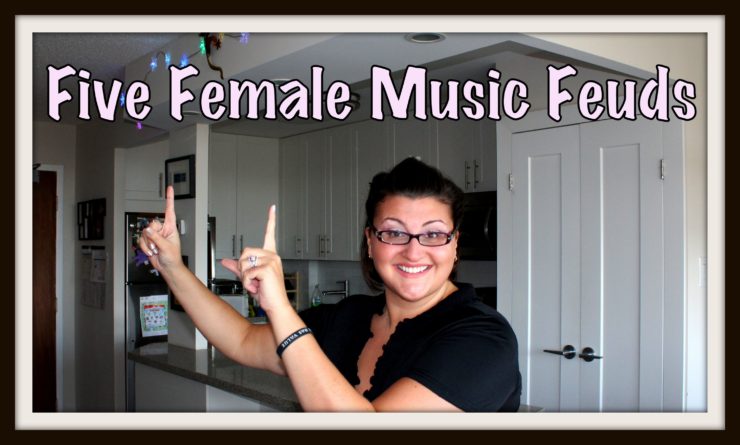 Celebrating her new advertising campaign with Guess, former Fifth Harmony member Camila Cabello told Elle that she’s getting better at figuring out who her ride or die friends are and which ones are “circumstantial.”


“You can think someone’s your friend, and it could be out of convenience,” she said. “Something happens and you really need help, or all of a sudden they have to stand up for you, and it could be inconvenient for them or not benefit them. And they don’t have your back. And you’re like, ‘Ok, that friendship was circumstantial. You were only my friend when it was easy.’”

It’s unclear whether or not Cabello was referring to her ex-bandmates Ally Brooke, Normani Kordei, Dinah Jane and Lauren Jauregui and her uneasy exit from the group in December 2016.

This fight isn’t the only one that’s been fought in the public eye.

Camila Cabello v. Fifth Harmony
In her interview with Elle Magazine, Camila Cabello detailed how to spot a fake friendship, saying, “I think the only way to know is time.”

When the singer separated from Fifth Harmony in 2016, she seemed upset with the group because she felt that the band mislead fans into thinking that her departure what sudden and unexpected.

However, the solo artist explained in a statement, “The girls were aware of my feelings through the long, much needed conversations about the future that we had during tour.”

She also wrote, “Saying that they were just informed through my representatives that I was ‘leaving the group’ is simply not true. Just like the other girls said in their statement about their plans, I had also planned to continue with my own solo endeavors in the new year but I did not intend to end things with Fifth Harmony this way.”

Fifth Harmony has since responded to Cabello’s claims, telling Billboard, “[We] get to sleep at night knowing we did everything in our power as friends, bandmates and human beings to make it work … You can’t change people … Let’s just say we’re in a better place now — there are no secrets in this circle.”

The band also answered fans and critics once and for all at the 2017 MTV Video Music Awards about if they were going to replace Cabello by having a background dancer yanked backwards off the stage during their performance of “Angel.”

Taylor Swift v. Katy Perry
Katy Perry revealed during her “Carpool Karaoke” segment on The Late Late Show with James Corden in May that her beef with Taylor Swift kicked off after dancers left Swift’s team to join Perry on tour and during her Emmy Award-nominated Super Bowl XLIX halftime show performance, which featured a dancing shark with all of the wrong moves.

Swift then allegedly threw shade at Perry during one of her “Red Tour” shows by having the infamous “Left Shark” from Perry’s halftime show pop up on stage while she performed her tune “Bad Blood,” the song that is said to be about the rift between the two singers.

Perry said during “Carpool Karaoke” that she wanted to put this drama behind her, even though she seems to continue to reference the feud by calling out Swift on her new album Witness in the song “Swish Swish.”


The song features lyrics like, “A tiger/ Don’t lose no sleep/ Don’t need opinions/ From a shellfish or a sheep/ Don’t you come for me/ No, not today,” which reminds us of Perry’s 2014 tweet, “Watch out for the Regina George in sheep’s clothing…”

When asked if the Mean Girls movie reference was directed at Swift, Perry told Billboard, “If somebody is trying to defame my character, you’re going to hear about it.”

Hear about it we did! Not only has Perry used her art to further the battle, but Swift has as well by using another Mean Girls moment to highlight the fight in her tune, “Look What You Made Me Do.”


Swift sings, “I’ve got a list of names and yours is in red, underlined/ I check it once, then I check it twice, oh!” (See Mean Girls scene where Regina George, played by Canadian actress Rachel McAdams, underlines her own name in red marker in the Burn Book.)

It’s too early to tell if there will be more Perry jabs on Swift’s new record. We will have to wait until Reputation drops on November 10.

The film features Gaga sitting on a curb and talking about how she felt after hearing Madonna’s comments about her being “reductive.”

Gaga said, “She wouldn’t look me in the eye and tell me that I was reductive or whatever,” after revealing that she learned about Madonna’s critique after seeing it on television. “Telling me you think I’m a piece of sh-t through the media? It’s like a guy passing me a note through his friend.”

Gaga prefaced her reaction by saying, “I admired [Madonna] always and I still admire her no matter what she might think of me.”


When pressed by 20/20’s Cynthia McFadden in 2012, Madonna made comments about Gaga’s tune “Born This Way” in comparison to her 1989 track  “Express Yourself.”

“I certainly think she references me a lot in her work [and] sometimes I think it’s amusing and flattering and well done,” she said. “I can’t really be annoyed or insulted by it because obviously, I’ve influenced her. She is she and I am me. When I heard [‘Born This Way’] on the radio, I said, ‘That sounds very familiar.’ If feels reductive … look it up.”

She further clarified what she meant in a 2015 interview with Rolling Stone, admitting, “The only time I ever criticized Lady Gaga was when I felt like she blatantly ripped off one of my songs.”


Reductive is defined as “a simplified form, especially one viewed as crude.” Lady Gaga does not see her music that way when compared to Madonna’s.

“Madonna and I are very different,” Gaga revealed in a 2016 interview. “Just saying. We’re very different. I wouldn’t make that comparison at all and I don’t mean to disrespect Madonna, she’s a nice lady, and she’s had a fantastic huge career, biggest pop star of all time. But I play a lot of instruments. I write all my own music. I spend hours and hours a day in the studio. I’m a producer. I’m a writer. What I do is different.”


Halsey v. Iggy Azalea
When assembling her group of featured artists for her latest album Hopeless Fountain Kingdom, there was one person who was definitely not on 22-year-old singer/songwriter Halsey’s list: Iggy Azalea.


“There’s a lot of people I wouldn’t put on my record,” the New Jersey-native told The Guardian in June. “Iggy Azalea: absolutely not. She had a complete disregard for black culture. F–king moron. I watched her career dissolve and it fascinated me.”

Azalea, who has also had cultural appropriation feuds with artists like Snoop Dogg, Macklemore and Nicki Minaj, has since responded to Halsey’s thoughts on her, saying, “It’s a bit weird to bring someone up in an interview that you weren’t asked about.”

The 27-year-old artist also said, “I don’t know her, I’ve never met her or interacted with her in any capacity, so I thought it was a bit of a strange thing to kind of throw that out there. But she’s young and you know I hope that she kind of learns maybe to be a bit less judgmental when she’s kind of in the same shoes.”

“Kim Kardashian tweeted a nude selfie today,” the triple threat wrote. “If Kim wants us to see a part of her we’ve never seen,, she’s gonna have to swallow the camera.”

The reality television star (and “Jam (Turn It Up)” sing-talker) then replied, “hey @BetteMidler I know it’s past your bedtime but if you’re still up and reading this send nudes #justkidding.”

She also tweeted, “hey @BetteMidler I really didn’t want to bring up how you sent me a gift awhile back trying to be a fake friend then come at me #dejavu.”

It seems like Midler didn’t care for Kardashian-West’s comments on staying up “past [her] bedtime” and “fake” friendships.

The actress responded in a follow up tweet, writing, “.@KimKardashian: I never tried to fake friend you. Looks like anyone can take a selfie but not everyone can take a joke…” 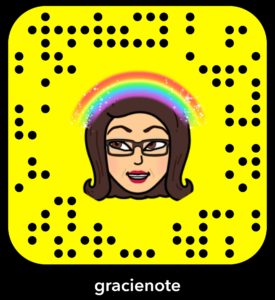