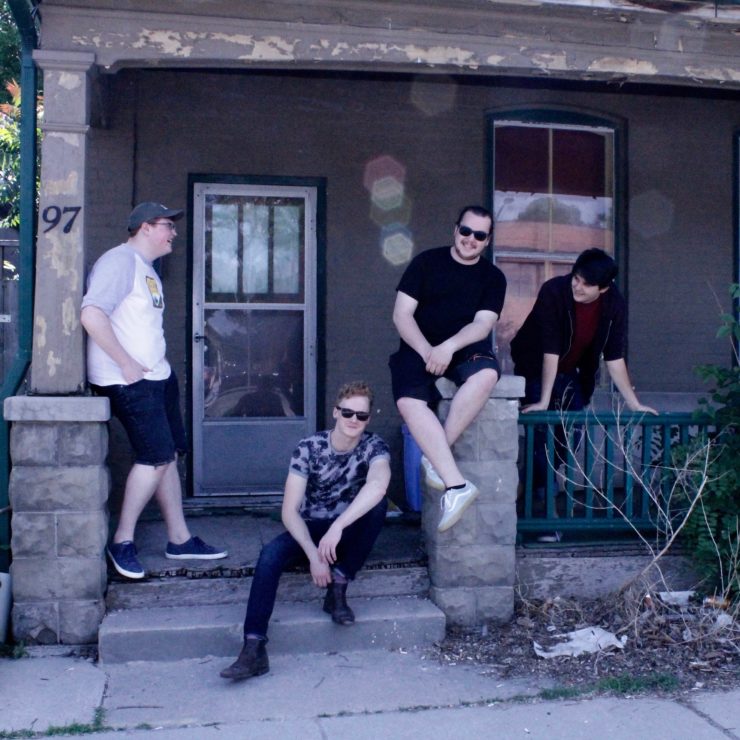 London, Ontario, rock band Fox The Hound is hitting the ground running with their debut single, “Hard To Get.”


Upon first listen, the tune sounds like a mix of big band honesty with a splash of rock and roll flavour, which seems to fit lead vocalist, guitarist and songwriter, Jeremy Fox-Revett’s style perfectly.

“Somebody told me that I sounded a little like Brendon Urie from Panic! at the Disco and it made me really happy,” Fox-Revett told The Gracie Note. “He’s my singspiration.”

To record their first EP, the group headed to The Sugar Shack in London and had an incredible experience working with each other and producer, engineer and mixer, Kyle Ashbourne.

“When we went to the Sugar Shack, Ken, Andrew and Myke just blew me away with their ability to knock it out so fast and just really surpassed my expectations,” Fox-Revett explained. “On these new tracks that are coming out, there’s face-melting guitar, really funky bass and crazy [drum] arrangements. [These songs have] so much influence from those guys.”

He also said, “The recording process from start to finish was one weekend. We had two full days and we did four songs. I felt like I was in pretty healthy voice and part of staying in healthy voice is being comfortable in your environment and The Sugar Shack was just so welcoming and kind and our producer Kyle was so funny and it made for a really positive experience.”

The band also encountered a special friend at the recording studio who lent a paw to the process.

“There was a cat at the Sugar Shack, which was adorable,” the musician revealed. “He was the nicest cat named Winston. The funniest thing was when the amps would get hot, Winston would lay on top of them in the room where we were recording and sometimes you would go to change your tone on the amp and he would swat your hand away. He helped us record the EP and he played with the tones a bit.”

To celebrate the release of their four-song EP titled Together Or Not, which drops this September, Fox The Hound will perform during Western University’s orientation week this year. Fans will be able to hear the single “Hard To Get” and new songs like “Hooked On You,” “Tricks,” and “Together Or Not.”

Look for more information about Fox The Hound on their website and follow them on Facebook and Instagram for the latest news. Don’t forget to add “Hard To Get” to your Library on Spotify! (Click here to stream or buy the song on Apple Music, Google Play and more.)