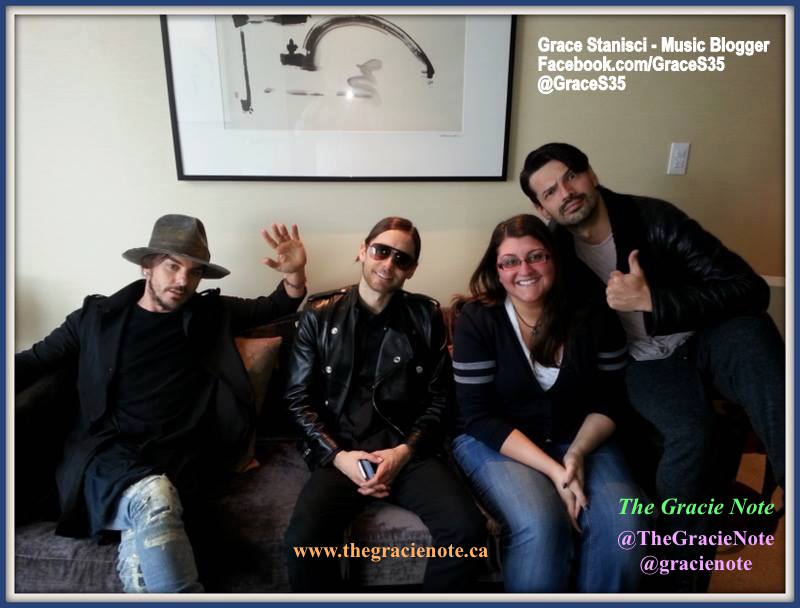 Thirty Seconds to Mars have earned themselves a Guinness World Record for Most Shows Played During An Album Cycle.

However, through all of those shows, they still remember their first time in Toronto and shared with Yahoo Canada Music why they enjoy touring in Canada.

Here is a sample of what the band said during the interview:

“Our first show in Toronto was in 1998 at the Horseshoe Tavern,” lead singer Jared Leto said. “It’s been a while now.”

“We were so excited,” drummer Shannon Leto added. “We were rehearsing down the street in this warehouse, getting ready for the show and we all got there and were so excited and there were like three people out there. It was great.”

This week, the band (consisting of brothers Jared and Shannon Leto and guitarist Tomo Milicevic) releases their fourth studio album, “Love Lust Faith + Dreams,” and even though they’ve come a long way, they still remember their special Canadian fans.

“I think [Canada] was a place for us that was kind of an early indicator that we were actually doing something meaningful, something worthy,” the frontman explained.

He continued, “People supported us and believed and came to the shows and that meant a lot. We were very proud of that, that early success in Toronto and [in] other parts of Canada and we went out there and toured. We played all of these places like Saskatoon, Winnipeg, Edmonton, Calgary [and] London.”

Check out the full article by clicking the link at the top of the page.