Before taking over the stage in Ajax, Ont., on July 18, Canadian country music duo Autumn Hill sat down with The Gracie Note and revealed what went into the making of their sophomore album Anchor.

While filming this episode of The Gracie Note, band members Mike Robins and Tareya Green shared stories of their musical beginnings. Robins, recalling starting out as a drummer and Green, remembering always being involved in choir.

Autumn Hill also explains what went into the nostalgic Anchor album track “Mixtape” and what it was like recording in Nashville.

Anchor also features the smash hit “Blame,” which has quickly become a favourite on country radio and has earned the band their first Top 5 single in Canada.

Autumn Hill is known for their 2013 album Favourite Mistake, which features hit tunes like “Can’t Keep Waiting,” “Fire,” “If She Wants This Town” and their unforgettable debut single, “Anything At All.”

Anchor was released June 16 and is available on iTunes here. 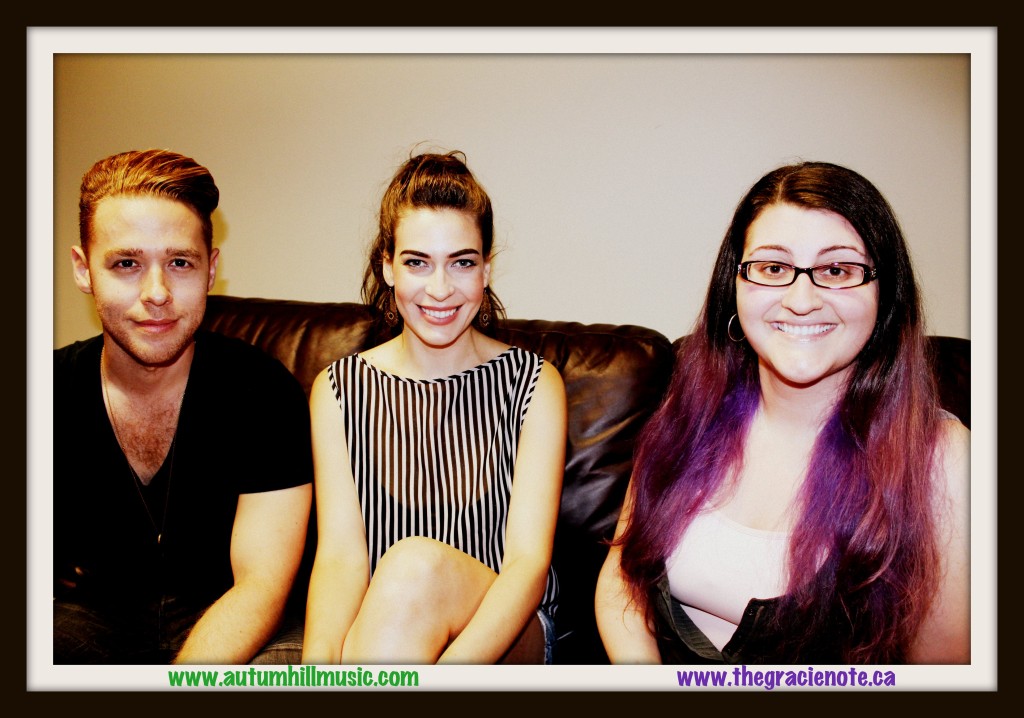