This week on The Gracie Note, Taylor Swift had an exciting weekend in East Rutherford, New Jersey, and brought along an impressive party to put on a show for her fans during her “1989 World Tour” concert stop.

Featured in this week’s G-NOTES are: Drake’s “Energy” music video, the Pan Am Games and Kelly Clarkson’s cover of Tori Kelly’s “Nobody Love!”

Listen to Serena Ryder’s official 2015 Pan/Parapan Am Games anthem, “Together We Are One.”

Kelly Clarkson kicks off her “Piece by Piece Tour”

Check out Clarkson’s special guest for her opening night in Hersey, PA, Miranda Tellis. You can follow her on Twitter here.

Taylor Swift and The Weeknd perform “Can’t Feel My Face.”


Hear Uzo Aduba’s inspiring story about saying “yes” to “Orange is the new Black” on “Late Night with Seth Meyers.” 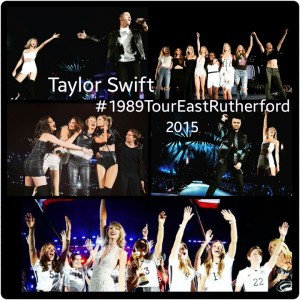