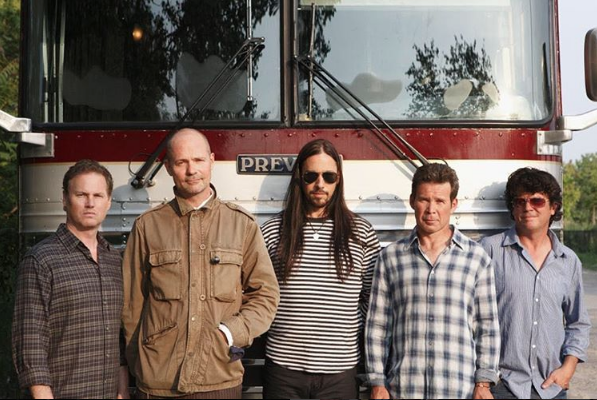 Since it was announced that Gordon Downie, lead singer of The Tragically Hip, was diagnosed with terminal brain cancer, fans have been in a battle to get tickets to see the Canadian band live on what the group calls their “best tour yet.”

However, one particular fan is choosing to skip the ticket process and share in the concert by creating an outdoor viewing event in Bala, Ont., on August 20 and the public is welcome.

“Live outdoor projected coverage of the final Tragically Hip concert,” host Dawson Currie writes in the event’s Facebook description. “I will be hosting a waterfront get-together with a 24-foot projector screen, surround sound concert sound, camp-fires and nothing but forever-grateful Tragically Hip fans enjoying Gordies celebration of life as he says goodbye in his best way possible. Muskoka will have its own show the way we remember his music to send him off our way!”

Comments on the event page are positive thus far and fans have been offering their help in making this shared experience happen.

CBC spokeswoman Emma Bédard said on May 31, “We are interested in airing the Tragically Hip’s final show and are having conversations with the band to see if we can make it happen.”

We hope that airing a show from The Tragically Hip’s Man Machine Poem Tour happens no matter which network hosts it.

Another way fans hope Downie is honoured is with The Order of Canada, which has previously been awarded to other Canadian musicians like Bryan Adams, Celine Dion, Shania Twain, Neil Young and Leonard Cohen.

The Order of Canada’s motto is DESIDERANTES MELIOREM PATRIAM, which translates to “They desire a better country.”

Watch and listen to one of the band’s most celebrated songs “Bobcaygeon” below.

Listen to The Tragically Hip on Spotify!