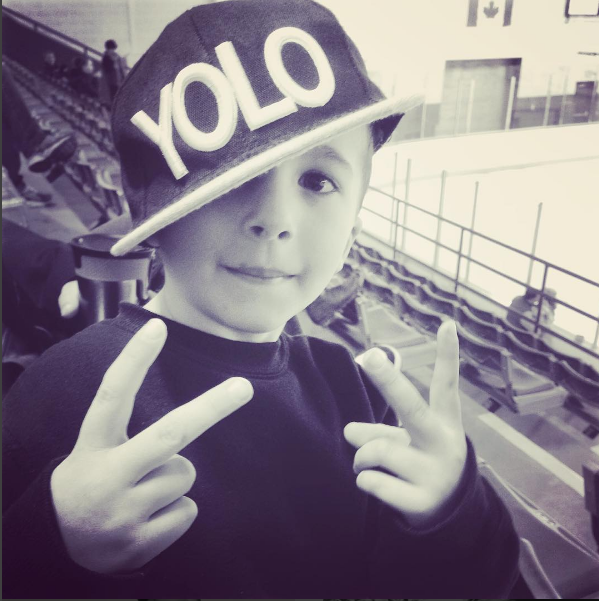 Have you ever wondered what your children were doing in the backseat while you were driving them somewhere?

Gian Paolo Stanisci, a father of three young boys, recently captured his youngest son Tristan on video singing along to The Chainsmokers’ “Closer” featuring Halsey and posted the clip on YouTube to reveal the six-year-old’s antics while performing the tune.

With a wave to the camera, signalling the song’s opening lyrics, “Hey, I was doing just fine before I met you,” Tristan begins his impressive choreography and even uses the sweetest hand gestures to depict a broken heart and “[moving] to the city in a broke down car.”

Both father and son sing to the radio in the video, however, it seems like Tristan might know the tune a little better than his dad.

As soon as featured artist Halsey begins her section of the track, the little boy changes character to suit the new voice and is ready for the song’s big finish with an adorable dance break at the end of the clip.

The Barrie, ON, family has posted more videos on their YouTube Channel of the children performing in the backseat, although, it doesn’t seem like all of them enjoy singing with their dad in the car as much as Tristan.

In the video below, Stanisci jams to Bruno Mars’ new single “That’s What I Like” while oldest son Lucas looks a little embarrassed, smiles, but refuses to join in the sing-along.

At the end of the clip, Stanisci seems saddened by his son’s lack of participation in the car jam session and says, “You’re embarrassed by me,” after which the 11-year-old gives his dad a big grin.